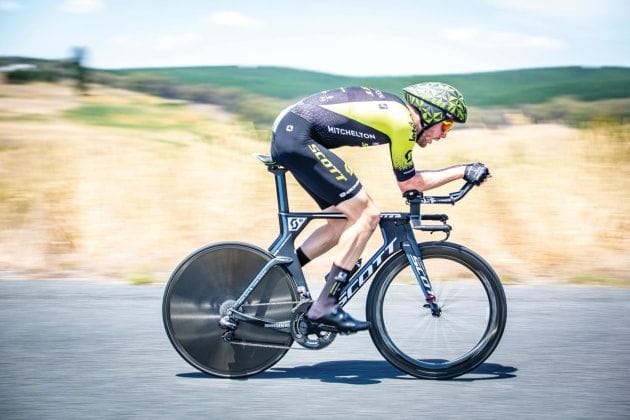 Luke Durbridge is one of Australia's most successful and well-renowned cyclist with multiple championship titles to his name. Luke first took to cycling at the age of 15 after participating in many sports prior. Affectionately named 'Turbo Durbo', it wasn't long until he was on top of the podium. 2009 was a stellar year for Luke, he became the World Junior ITT Champion at the UCI Road World Championships in addition to the World Junior Madison Champion at the UCI Track World Championships. His success continued into the following year as Luke became the youngest person to win the U23 ITT event at the UCI Road World Championships.
Luke has been an integral member of the Mitchelton-Scott Cycling Team since 2012 and in the same year won the prologue of the Criterium du Dauphine beating Bradley Wiggins and Tony Martin. He has become one of the most versatile road cyclists in the sport often seen playing his part as a 'super domestic' in the Grand Tours or driving a breakaway.