Henk tells his story about the sacrifices he made, day in and out, and recalls the day he took 'what ever it takes' for the team, to the extreme. The last thing Henk recalls is a speedometer reading 64 Mph (110Km) then waking up in intensive care.

He had crashed on a descent in the Fitchburg Clas sic in Pennsylvania and was lucky to be alive. 18 broken bones including a broken neck saw the start of a very long and painful road to recovery and reinvention. Henk's talk is raw, powerful and the real story about life in the peloton as a lead out man.

Henk is still involved in the Sport of Cycling, where he is an Analyst for SBS for the Tour De France and Classics, a Tour Guide for Velotours in Europe and spends the rest of his time with the National bike-chain Bikebug selling the niche brand Colnago.

Henk is a Commonwealth Games Gold Medallist, competed for Australia in eight World Championships and two Olympic Games and had a 15-year career as a Professional Cyclist where he spent half of his time in Europe and half in the US.

'I'd break my neck for my team, literally' 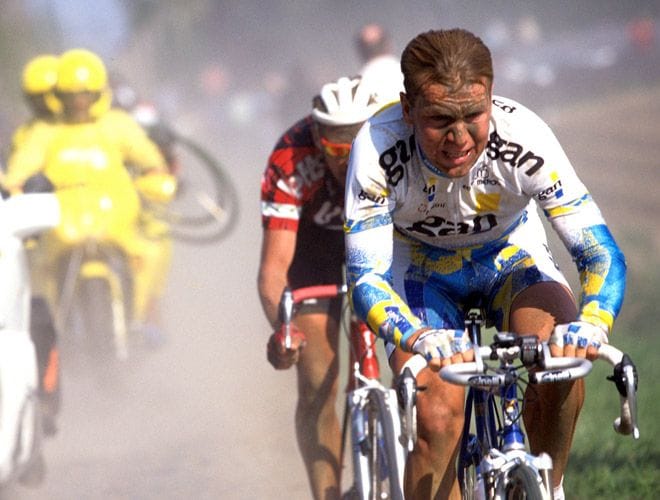