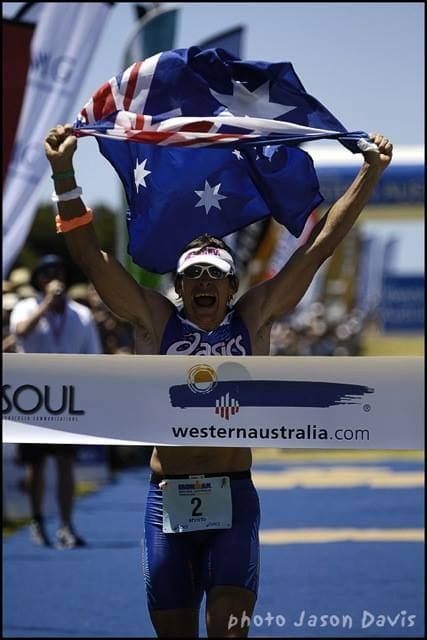 Before there was Macca, Crowie and Pete there was Jason Shortis. In a few days time, Shorto will compete in his 83 rd and last Ironman. Fittingly this will be at the Busselton, Western Australia race where Jason had some wonderful days, including winning the race in 2006, whilst also setting a new Australian Ironman record in a time of 8.03. I vividly recall my first day at IMG, walking into the reception and seeing huge images of super star athletes in the reception such Tiger Woods, Venus Williams, Jennifer Capriati, Harry Kewell and Jason Shortis !!!, (IMG held the WTC license between 1997 to 2004). I can also recall meeting Jason for the first time and feeling somewhat intimidated, he carried with him so much presence. His dynamic racing style has always been "all out", his formidable running speed still has the front runners knowing that Shorto is taking chunks of time away from them with every step he is takes. With 83 Ironman Finishes to his name, its clear to see that Shorto loves what he does, his finishing Shute celebrations are legendary and he is a testament of the passion he brings to every race.

So Shorto will race his last Ironman on Sunday and his race number will be (83) no matter what the outcome, he will retire as a true legend of the sport. Good luck to you Jason, the sport of Ironman is in debt to you.